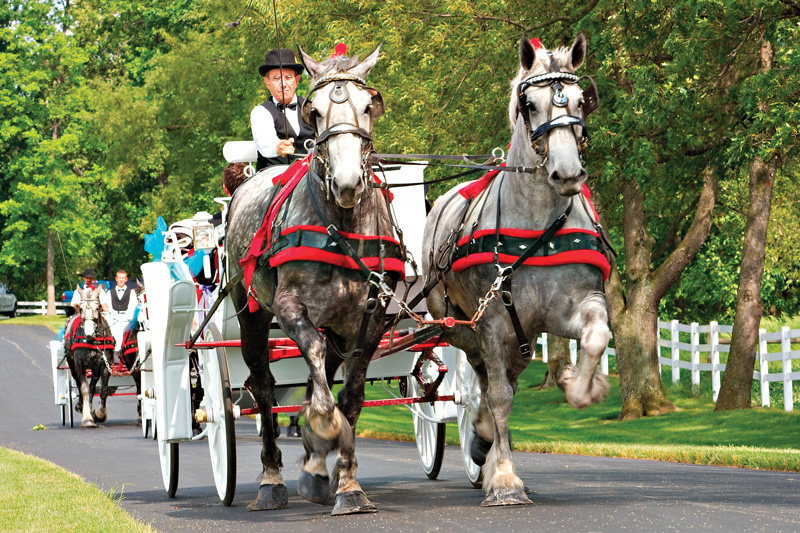 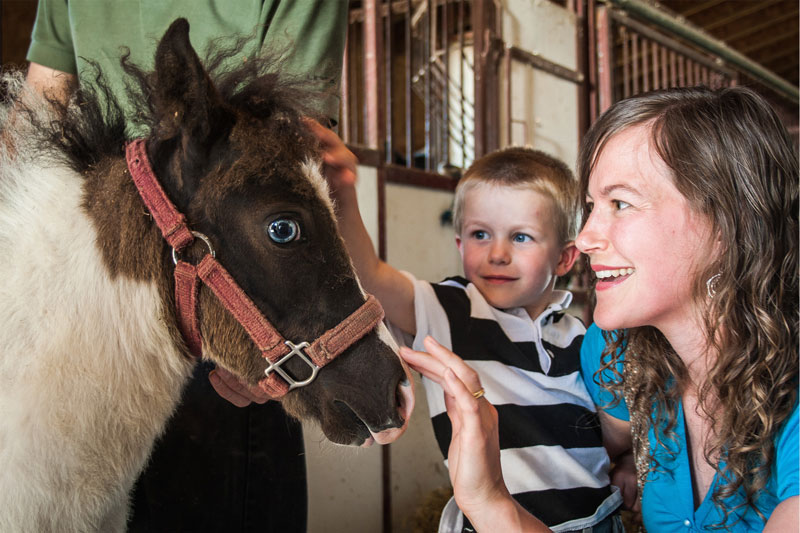 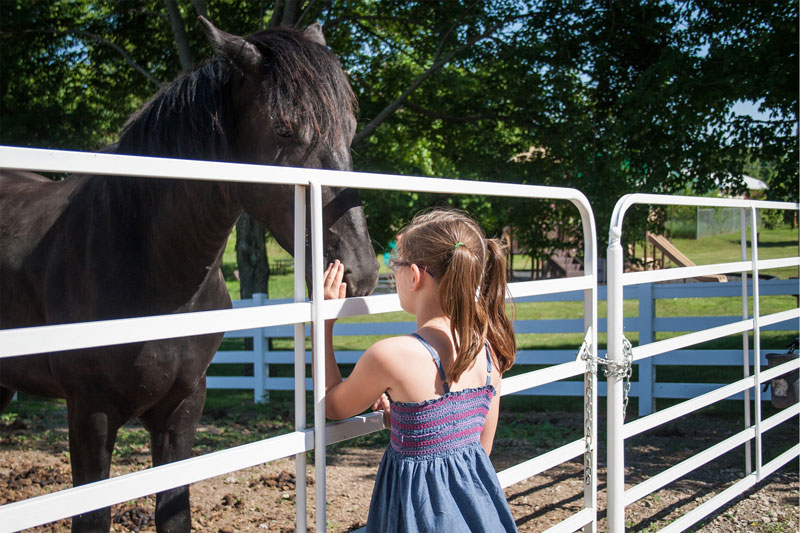 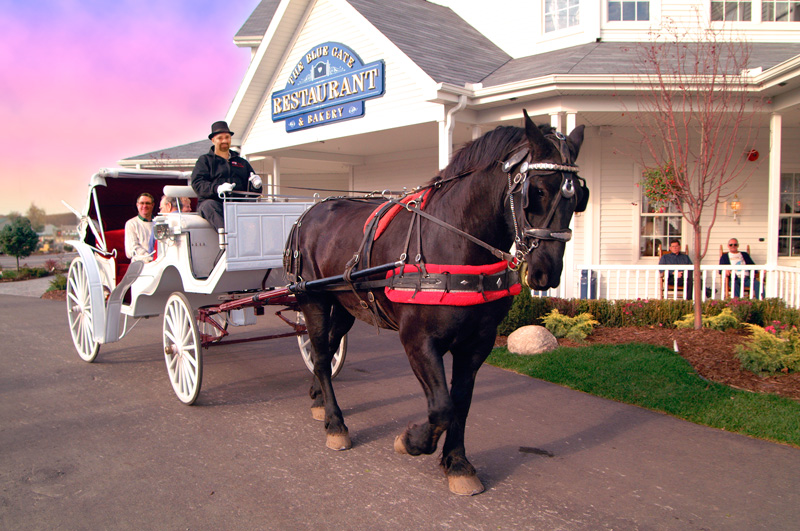 When you visit us at Riegsecker Marketplace you enter the world of master craftsman, Mel Riegsecker. A native of Northern Indiana Amish Country, Mel’s father was an Amish harness maker, who taught Mel every detail of this ethnic skill. In 1970, for his own enjoyment, Mel created the first of his miniature wagons and six horse hitches with everything from manes to bridles authentically detailed. Mel’s father displayed the handsome miniature in his shop for all to enjoy. To the surprise of father and son, the miniature was quickly purchased!

To accommodate the demand for his miniatures that followed, Mel continued to make more of the finely crafted horse and carriage miniatures, which were sold as quickly as they were finished. Eventually a buyer from a large department store in Chicago discovered Mel’s work, and the rest is history!

As his reputation grew, Mel found that visitors enjoyed watching the crafters in his workshop, adjacent to his country home. However, due to a lack of space that wasn’t always possible. So in 1984, Mel and June purchased and renovated an old factory building conveniently located at the 4 way stop in Shipshewana. They called it the Shipshewana Craft Barn. That was the beginning of Riegsecker Marketplace. As the Riegsecker’s vision has evolved, additional shops, restaurant, hotel, furniture store and a theatre have become a part of what is now called the Blue Gate Hospitality Co.

Today when you come for a visit, you can enjoy some of the best Amish\Mennonite cooking around, outstanding entertainment, shop for locally crafted furniture and much more. The company now has 3 retail stores, a restaurant, bakery, theatre, hotel, event center, catering, backroad Amish tours and a carriage business.

The Shipshewana Furniture Co., Traditions Furniture Store and Shipshewana Craft Barn offer some of the highest quality furniture and home décor in the country, offering the largest furniture gallery in the area with 90% of the finely crafted furniture made within 30 miles of the store.

Since the company’s founding the fastest growing part has been the Blue Gate Restaurant.  When Mel first opened in the mid 80's the Blue Gate, formerly Der Strudel Haus, had 50 seats and one dining room. Over the years it grew to 105 seats and two dining rooms, but it was never big enough to accommodate the number of people who wanted to eat there. After 20 years the old Blue Gate was torn down and a new state-of-the-art facility was erected. The new Blue Gate Restaurant has 750 seats, 6 dining rooms, a fully-functioning bakery and a theatre. As the Marketplace continues to grow the Blue Gate will be an integral key to its success.